One Year on Broadway #NewReleaseDay!

Today we're celebrating the release of One Year on Broadway!
Release Day! 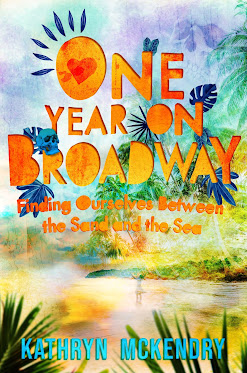 One Year on Broadway: Finding Ourselves Between the Sand and the Sea is releasing TODAY!!!

One Year on Broadway is the unlikely true story of how two musical theater fans whose lives were forever changed by seeing a touring production of Once on This Island in 1992. What they saw that night was a version of their own story played out on the stage and it gave them the courage to fight for their own forbidden love.

Twenty-five years later, by some strange twist of fate, they were led back to the Island where they ignored conventional wisdom, took a leap of faith, and became co-producers of the Tony Award winning Broadway Revival of Once on This Island.

This is their love letter to the musical that gave them more than they ever could have imagined.

Thanks in advance to the wonderful people who are helping me spread the word!
Tomorrow, August 27, I'll be over at Nick Wilford's blog talking a little bit more about the book and how we got involved in Once on This Island.
September 1 the Ninja Captain himself, Alex J. Cavanaugh will be giving the book a shout out.
September 8 C. Lee McKenzie is hosting me.
Please hop on over and give them some love.
I'd love to hear the stories that have changed your life.
Kathy :)
Posted by kjmckendry at 7:00 AM