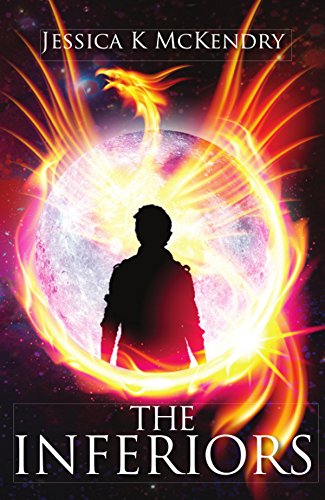 I'm so proud and happy to participate in the LIES Bloghop to celebrate the release of The Inferiors, the second book in the From the Ashes Trilogy by my daughter, Jessica McKendry!!

She published her first book when she was 16 and despite all the trials and tribulations of the teen years as well as battling a life threatening health condition, she managed to keep writing and pull herself through. So this last week as she turned 21 and she released The Inferiors to the world, I couldn't be happier.  I probably don't tell her this enough, because as a mom it's my job to keep pushing her farther than even she thinks she can go, but despite all the things she sometimes forgets or slips up on she's an amazing woman and I'm so proud that she's my daughter!!


The Inferiors description:  After winning the Trials, Jaina Indera is accepted into the Crystal City. She has finally achieved her dream; she has proven herself worthy of being Superior. Yet four months after arriving in her new home, Jaina receives a message that changes her life forever. As her future starts to crumble before her, the beauty of the Crystal City disappears. There is no escape from the terrible perfection of the City.
When Jaina is kidnapped by her former teammates, her life is shattered. Kavi doesn't trust her, Liam won't listen, and Dragon is part of a secret resistance. Jaina must choose between a comfortable life in the Alliance, or face a terrible reality; every day of her life has been a lie. The dark veracity of who she really is remains hidden away. Only one person can help her discover the truth, but time is running out.

Because in The Inferiors, Jaina is confronted with a number of things that she doesn't want to believe are true and some which she has always believed that now she finds out were lies.  Is her whole life a lie?  You'll have to read it to find out! :)

Okay so let's play 2 Lies and a Truth!  I'll give you 2 lies from my life and 1 truth, see if you can guess what is true!  If you've read enough of my blog posts, I think you'll be fine!  Whoever guesses correctly will be put in a drawing to win either a copy of From the Ashes or the Inferiors, your choice!


1. I've lived in Ohio all my life
2. I don't like heavy metal or rap music
3. I have an irrational fear of sharks even in fresh water

See if you can figure out which one is true!


The Inferiors ebook, paperback on Amazon!
From the Ashes on Amazon which is on sale now for .99 as an ebook!


And thanks again to Alex J. Cavanaugh for hosting Jessica yesterday!

Have a wonderful day!

There's something about the past that intrigues me, sends tingles up my spine.

When I first learned of Marie Antoinette, I was about 12, but from that moment on, I was hooked on history.  I wanted to learn more about this girl, who was not much older than I when she was sent to France to become Queen and then tragically beheaded by a people who had come to despise her.

A few weeks ago, my husband and I took our three kids ages 20, 18, and 13 to Paris to take a walk through time and get a glimpse of the past.

We began our time in Paris with a private French Revolution walking tour, which my husband arranged through Paris Perfect. This was a great way to get our kids, especially our 13-year-old son, excited about seeing historically important places. Our guide, who spoke English very well, took us among other places, to the oldest street in Paris. It was here that the first ever cafe in Paris opened in 1686, called Le Procope which served a new drink called "coffee" to guests such as Jean-Jacques Rousseau, Voltaire (who supposedly drank 40 cups of coffee daily), Thomas Jefferson, Ben Franklin and many other historical figures.

As part of our tour, our guide took us into Le Procope where we sat, drank coffee and discussed the past.  The cafe is now kind of a living museum displaying various items including the writing desk of Voltaire as well as a copy of the last letter that Marie Antoinette wrote to her sister-in-law to bid farewell to her daughter and son only hours before her beheading on October 16, 1793.  As we stood there surrounded by our children, looking at her tear stained letter sealed in a plexiglass case, I wondered if I could have been so eloquent in saying the last goodbye to my children.

Her words still echo in my mind, "...I feel profound sorrow at leaving my poor children: you know that I only lived for them and for you, my good and tender sister...let him (my son), never seek to avenge our deaths...My God, how heart-rending it is to leave them forever! Farewell! Farewell!..." (The original letter is housed in the French National Archives, English translation found at Tea at Trianon)


In my search for more of Marie's life, we traveled to the town of Versailles, about 50 minutes southwest of Paris by train.  Here, at the Palace of Versailles, we strolled through the splendor Marie knew as her home.

I had to remind myself that Marie, daughter of the Empress of Austria, was sent away to France to be married to Louis XVI at only 14.  She and Louis lived here in the palace surrounded by the court, servants, and luxury.

The gardens of Versailles with their neatly shaped plots and magnificent fountains are well worth the few extra euros to visit.  I could have spent the entire day exploring them...my mind often slipping back to a time when the women strolling along the paths wore large hooped skirts and powdered wigs stretching sometimes over three feet high.  I could almost hear Marie's playful footsteps rushing off to her Petite Trianon, her private country quarters on the outskirts of the gardens to get away from the constant pressures of the court.


Only five years after arriving in Paris, Marie's life  would change forever.

Upon learning of the death of King Louis XV, their only real parental or monarchical guide, Louis XVI and Marie fell upon their knees, cried, and exclaimed, "O God, guide us, protect us! we are too young to reign" from the Memoirs of Marie Antoinette.  She was only 19 and now she would be Queen of France.

I love my daughters, ages 20 and 18. I think they're amazing and very talented, but I can't imagine them or anyone their age being capable of ruling an entire kingdom. Anyone with teenagers knows that they are much too guided by their passions and often cannot see what consequences their actions bring.  It seems tragically pre-destined that young Marie would incur the wrath of an already impoverished people while trying to navigate being a newly married teenager, a young mother, as well as a Queen.

Near the end of our time in Paris, we visited The Conciergerie, a former medieval palace turned prison, where Marie was held leading up to her trial as well as just before her execution. This was where she spent her last night alive, where she wrote her last letter.  We stood in her cold, stone cell and somehow I felt her aura near me. Her sadness at leaving her children. I could hear her pen scratching across the tear stained parchment. Staring at the silver tears painted on the walls years later by King Louis XVIII to honor her, I felt a tear form in my eye and a chill run up my spine.  Two hundred and twenty four years later...here I stood...bridging time...connected in some small way.

Kathy
Posted by kjmckendry at 6:00 AM 6 comments: 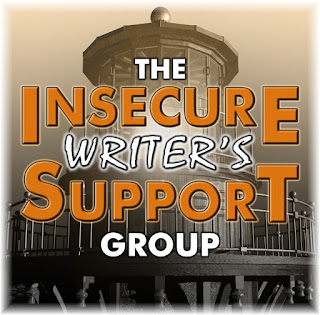 I'm back, and this time I'm intending to stay!

I haven't written for quite a while. It was really no accident, it wasn't that I didn't have the time or that anything in particular happened. Honestly, I wasn't sure I wanted to. Not that I didn't want to write at all.  I love writing. But I wasn't sure I wanted to add to the mess that is social/mass media these days. I didn't want any part of it. I felt like I'd lost my voice, intentionally. I pretty much stopped interacting on any social media except for Facebook to tell people happy birthday or "like" the pics of their kids or dogs.

I felt like we're all so caught up with image and what everyone else is doing and saying and who's against whom and I felt like somehow even though my posts are predominantly positive, I was just contributing the problem, the noise. It's not the first time I've struggled with the thought of "who am I to have anything of interest/importance to say that hasn't already been said?"

But I've finally decided that being silent isn't an option either. I am who I am and I'm a positive, caring person in real life.  I go out everyday thinking, "If I can at least make one person smile, or give a little bit of joy, support, or encouragement today in the real world, I'm happy.  If I can be a good role model to my kids and students and help them grow, I'm happy."

That's why I started this blog in the first place in 2010...because I imagined that I could have a positive impact. And maybe just maybe, I can, by being me. By being here. Maybe each day, I can make one person smile, or laugh, or feel encouraged or inspired by the words I write, that would make me happy.

Please join us at the IWSG! We post on the first Wednesday each month. We post about our fears, insecurities, but also our successes and most of all we encourage each other to continue on the long journey of writing. The IWSG was all started by Alex J. Cavanaugh, and has grown to include numerous helpers who do so much!  Thanks to all of you!  This month the hosts are:  Tyrean Martinson, Tara Tyler, Raimey Gallant, Beverly Stowe McClure.

Hope you're have a lovely day!