Most of the time my husband and I see eye to eye, but occasionally we don't. The other day was one of those times.

I don't remember what we were discussing.  The topic wasn't important and it was only a casual, non-heated exchange but I couldn't understand where he was coming from and vice versa.  Ryan, our son, was listening in and sided with Dad.

They shared a look like, what is she talking about?

Then my husband said to me, "It's because of our generation gap. You just don't understand."  A smile played at his lips.

I raised an eyebrow. "What do you mean, I'm only three months older than you?"

What could I say?

I laughed too, knowing that time is on my side.  By the end of September he'll be joining me in that older generation.


Hope everyone is having a great week!

Email ThisBlogThis!Share to TwitterShare to FacebookShare to Pinterest
Labels: Marriage

Today I'm going to let the pictures of our trip do the talking.  We had a wonderful time in Colorado and Utah.

We started off our trip in Glenwood Springs, CO where we promptly braved the Colorado River.

It was the first time white water rafting for the kids.  Alyssa was nervous, Ryan and Jessica were excited.  I'm not sure how much of the river Ryan actually saw though, every big rapids his eyes were shut tight.

Later, we hiked a couple of hours up the Hanging Lake Trail where I was gasping for air from lack of oxygen in the high altitude but neither that nor the rain deterred us from making it to the top where we were rewarded with the Spouting Rock.


Our next stop was Moab, Utah where we visited Arches National Park and Canyonlands.

We tried canyoneering which is kind of like extreme hiking. (Have you seen the movie 127 hours? Where the guy is canyoneering and he gets stuck and has to cut off his own arm.  He was in Moab.  My imagination ran wild with that!)  We had to swim through deep canyon ponds of milk chocolate colored water, crawl up steep slopes, and rappel down cliffs.  It was one of the most amazing thins I've ever done.

Then we rented Side X Sides (like ATVs) and raced through the desert trails. I've never had so much fun driving before!

The couple hour hike up to Delicate Arch was difficult but we were rewarded with spectacular views.  It was like walking through a landscape painting.  As the sun lowered in the silver sky, the windswept sandstone formations came alive with color.

Despite the beauty, when we arrived at Delicate Arch, standing alone in its splendor, Ryan asked, "Wait, we walked all this way to see that?!"  He was totally unimpressed.  I guess he pictured it much bigger and thought there were multiple arches in a row.  Maybe in this age of overwhelming visual effects in movies and video games our brains need more stimulation to be amazed.

Sometimes, parent's ideas of what is cool doesn't match with a nine year old's.  But I can bet that eventually, he will look back fondly on that long hike as he and Jesse held hands and talked.  He will probably even take his own kids on the same hike.

Well, that was half of our trip, I'll share Part II with you next time!

I hope you all have had a wonderful summer, I can't believe it is almost over!

I'm back from a wonderful two week trip around Colorado and Utah and I think I'm finally in the right mind set to blog regularly again. Yay! Wednesday, I'll give you a peek into some of the crazy things we did on vacation.

I'm jumping back in by helping out one of the sweetest bloggers I know.  Aside from being a very talented author, she's always ready to lend a helping hand and a cheerful comment to her fellow bloggers.

SO without further ado here is the long awaited cover reveal for Cassie Mae's newest book,

Cassie Mae redefines the New Adult genre with a novel that answers the eternal question: What do you do when you’re head-over-heels for your best friend’s guy?

Ever since high school, Kayla has been crazy for gorgeous football player Talon. But before she could muster the courage to tell him, he became a hot item with her beautiful BFF, Reagan. The only person who knows Kayla’s secret is Wesley, Talon’s best bud—and he’s got it bad for Reagan. Now they’re all in college together, hanging out 24/7. For Kayla, seeing the two lovebirds together is absolutely unbearable. So Kayla and Wesley hatch a plot to drive them apart. But time is ticking and they must act now, before Talon gives Reagan the Christmas gift she’s been waiting for.

Sure enough, the once-happy couple is fighting, Reagan suddenly can’t get enough of Wesley’s goofy sense of humor, and Talon seems to be paying more attention to Kayla than a guy who’s “just a friend” ever should. But something just isn’t right. Then Kayla and Wesley accidentally spend a night together, and discover a hitch they never considered: that switching partners may not lead to a perfect ending after all.

What Cassie Mae has to say about her cover: "Okay, I love all my covers. But that guy, I can't stop looking at him. The girl is a perfect replica of Kayla too. So this makes me a happy pappy author"

Here's the link to purchase directly from Random House: Switched 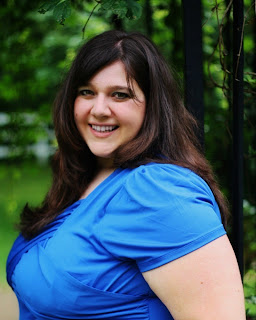 Cassie Mae is a nerd to the core from Utah, who likes to write about other nerds who find love. She’s the author of the Amazon Bestseller REASONS I FELL FOR THE FUNNY FAT FRIEND, and is the debut author for the Random House FLIRT line with her New Adult novels FRIDAY NIGHT ALIBI and SWITCHED. She also has a three book deal with Swoon Romance Publishing, including her book HOW TO DATE A NERD. She spends time with her angel children and perfect husband who fan her and feed her grapes while she clacks away on the keyboard. Then she wakes up from that dream world and manages to get a few words on the computer while the house explodes around her. When she’s not writing, she’s spending time with the youth in her community as a volleyball and basketball coach, or searching the house desperately for chocolate.

Congratulations Cassie Mae!  Hope it sells like crazy!  I can't wait to read it!