So... my bad!  I signed up to help Jeremy Hawkins promote his new series of art/design books and I feel awful because I missed my day.  There's no excuse, I just plain missed it.  So sorry Jeremy!

Anyway read on to hear more about his unique series of books.

It's a four book series 40 pages each and it is the art/design from things I had designed over the years. It's a mish-mash of things that I had seen in my head... and some are future designs that will become shirts. Places I wanted to go artistically as you travel from where I was to where I am now. Is it great journey!  Titles came from the idea of time "12:34, 35, 36 and 37” seems that is when my best ideas came to me... day or night. It's funny I never considered myself a "writer" just a man who likes to paint a canvas if it be words or my art/design.

Jeremy's books, Twelve-Thirty-Four, Twelve-Thirty-Five, Twelve-Thirty-Six and Twelve-Thirty-Seven are a fantastic collection of unique art.  His work runs the gamut from movie inspired, where some of our favorite characters are portrayed with a fresh perspective, to cute and funny to scary. There is something for everyone here.

Now here's Jeremy to tell us a little bit about some things he's noticed.

What do these all have in common; The Wedding Singer, The Blues Brothers, Anchorman, 40 year Old Virgin, Indiana Jones and the , Armageddon, Top Gun? That’s right someone sings someone else’s song in a movie and some you know… some you don’t. I would like to share a mix of stuff that I could think off the top of my head and then I would like to hear some of yours that you have got that would fit. Thank you for letting play this with you and to Kathryn for playing host here today, so can you think of any more?

Thank You, for letting me play host and to all who took the “time” to read this… you are all the best.

Support Jeremy and enjoy his take on the world.

Again, Jeremy I'm so sorry that I messed up!  I hope your launch is super successful! 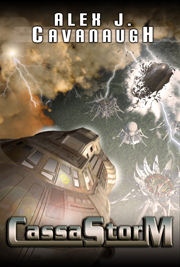 I wasn't creative enough to come up with a unique question for Alex, but I do want to say a few words of my own about him.

Even though I've never met him in person, I feel like I've known Alex for years.  I first "met" him three years ago during the A-Z Challenge.  I was nervous about being a new blogger but Alex commented on every one of my posts about a minute after I had posted. It was so encouraging.  I felt like I was really part of something.
I made it through my first A-Z excited about the possibilities of blogging, but I figured someone with as many followers as Alex wouldn't continue to read my posts after the challenge was finished.  I was wrong.
Three years later he still comments on almost every post I write.  WOW!
He continues to inspire many new and old bloggers with his comments,  frequent blogfests and IWSG (Insecure Writer's Support Group).
Alex has a unique capacity to bring people together.

Thanks Alex for all that you do for us!  I hope the launch of the third book in the Cassa series is a huge success!!

Comment on Alex’s blog this week for a chance to win a Cassa mug, mousepad, magnet, and swag!

From the Amazon Best Selling Series!

Commanding the Cassan base on Tgren, Byron thought he’d put the days of battle behind him. As a galaxy-wide war encroaches upon the desert planet, Byron’s ideal life is threatened and he’s caught between the Tgrens and the Cassans.

After enemy ships attack the desert planet, Byron discovers another battle within his own family. The declaration of war between all ten races triggers nightmares in his son, threatening to destroy the boy’s mind.

Meanwhile the ancient alien ship is transmitting a code that might signal the end of all life in the galaxy. And the mysterious probe that almost destroyed Tgren twenty years ago could return. As his world begins to crumble, Byron suspects a connection. The storm is about to break, and Byron is caught in the middle…

“With a talent for worldbuilding and a compelling cast of characters, Alex J. Cavanaugh combines high powered space battles and the challenges of family dynamics to provide readers a space opera with heart.”
- Elizabeth S. Craig, author of the Southern Quilting and Myrtle Clover mysteries

“I thought the revelation was going to be one thing and I was completely wrong … CassaStorm pushes the limits…”
- Tyson Mauermann, Speculative Reviews

Alex J. Cavanaugh has a Bachelor of Fine Arts degree and works in web design and graphics. He is experienced in technical editing and worked with an adult literacy program for several years. A fan of all things science fiction, his interests range from books and movies to music and games. Online he is the Ninja Captain and founder of the Insecure Writer’s Support Group. The author of the Amazon bestsellers, CassaStar and CassaFire, he lives in the Carolinas with his wife.

Book Trailer html -
Posted by kjmckendry at 6:00 AM 7 comments:

Here's Rory, our newest family member!
He joined us on Sunday for Jessica's 17th birthday!  He's an 8 week old beagle.  We are all thrilled to have him join our crazy gang.

I had no idea we could decide we wanted a puppy and then five days later actually have one.

Hope you are all having a great week!
If you have any puppy training tricks I'd love to hear them!

TV or No TV

That is the question.

Our family has lived happily without TV for 9 years now.  Okay, we actually have a TV but we don't have cable so that means we don't get any channels.  Sure, we watch movies and use Netflix instant stream to introduce the kids to the great old shows, like Star Trek, Doctor Who and a few others.  But for the most part our kids, especially our 9 year old son, have grown up without normal television programming.

We don't miss it, even my football loving husband.  A couple years ago we still would watch some TV in hotels, but on our last trip, no one even turned the tube on.

It was great to have family time to read and talk, but we began to realize there might be a flaw in our thinking.

Living in Cleveland, someone asked our son what he thought about LeBron James.  He stared blankly back like the person was speaking a foreign language.  Embarrassed, I had to explain, "Well we don't have TV so he doesn't even know who that is."

Later someone else asked him what his favorite teams were.  Again the blank stare.  He couldn't even name any teams.  Yikes.

Were my husband and I depriving him of essential knowledge in our sports crazed world?

Especially for guys, it seems like the default entry into conversation always revolves around the game, "Hey did you see the game last night?" or "Can you believe that catch?"

It's one thing to not play sports but for a boy to not know anything about any teams, players, or even the rules of the games...well maybe that's going too far.

Worried that if we didn't act fast, it may be too late for him, we decided to take the plunge back into the world of television and give our son a proper sports education.

The cable guy is coming this morning ...and I'm kind of dreading it.


What do you think, do our children need to have a working knowledge of sports to get by in today's world?


Have a great week!