What Are You Waiting For? Blogfest!

One of my good blogger buddies, Fairbetty over at Fairbetty's World is hosting a blogfest today. Called, "What are you waiting for?" 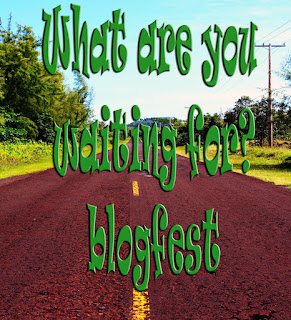 There is still time to sign up.  Here are the details from her blog:

"When faced with two choices, simply toss a coin.  It works not because it settles the question for you, but because in that brief moment when the coin is in the air, you suddenly know what you are hoping for."

I really love flash fiction, so in 300 words or less, tell me about a character you are writing (or make one up) who faces a choice... and have him/her flip a coin to make a decision.

Just post your entry Wednesday 9/26 and leave a comment on her post so she can find you.  Two lucky entrants will receive a free 30 page critique. (She's starting a new editing business called Writing Refinery)

Here's mine. It's 277 words.  This is a character from my current novel, The Hidden Truth:

Jedrik stared out the window.  There was only darkness.  He was surrounded by it.  It was better that way.  He needed darkness to think.  He waited, hoping the answer would come to him.  It was time to act, but he had two choices.


Which one to choose?  Either one would change the path of his life forever.  Darvan had told him it was his destiny, it wasn’t a choice.  But Jedrik didn’t believe in destiny.  There was always a choice.  He just had to decide what he was willing to sacrifice.


He wanted it all.  He wanted revenge against of all of them.  They had to pay for what they had done.  Rage burned within him.  With the power of the Pranya  he could destroy them.  If it failed, there was the chance he could lose everything.  Then again, he had nothing left to lose.

Or he could play it safe like Darvan wanted.   It would take longer to bring them to their knees but eventually they would fall.  And Jedrik would take over all they held dear.

The gold sheen of a coin laying on his black desk, caught his eye.  He turned it over in his fingers, entranced.  Would he really trust his fate to the flip of a coin?  Why not?

He smiled and let the blackness of the night seep into him.  To fill his soul.

Hope you liked it.