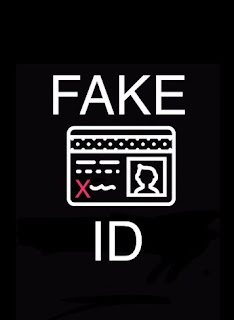 Fake ID is a new band rockin' the Cleveland area.  They just performed their first two shows this last weekend and received rave reviews from anyone who saw them.

But what makes this cover band with two guitarists, a singer, a bassist, and a drummer so special?

Three of them are 13 and two are only 11 but these kids can really rock!  They aren't old enough to have spent decades learning their instruments, unless they started in the womb but somehow time doesn't seem to matter because they can play!

Of course I do have to admit I'm a bit biased as my son is one of the guitarists.

Another thing that makes them special is that this whole thing has all been on them.  They got together as a band, decided on a band name, set up their own rehearsal times, made up their set list and learned all the songs by themselves.  They decided they wanted to perform and not just goof around in the garage.  They contacted some venues, met with them and set everything up.  All that we parents did was drive them, hope everything would work out (leaving planning to 13 and 11 year olds is scary!) and then beam with pride as we watched them perform!

But as they say on their Facebook page, "Judge us by our music, not our ages" so I will let you judge for yourselves.  Here is a video of them performing Muse's Stockholm Syndrome at the Hiram House Pumpkin Festival in Chagrin Falls, Ohio this last Sunday!

Posted by kjmckendry at 2:00 PM